Posted on January 13, 2017 by pageboundsuccess

Reyna Favis will be signing her book, Soul Search, at Warren County Library, Saturday, January 14th at 1 PM. So if you’re in the Warren County area, stop by.
www.reynafavis.com

We Begin 2017 by Welcoming Kerry Gans

Posted on January 1, 2017 by pageboundsuccess 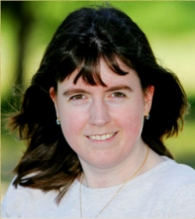 Please welcome to our group, Kerry Gans, a Middle Grade and Young Adult author. Her book, The Witch of Zal, is an ingenious steampunk retelling of The Wizard of Oz. To learn more about Kerry, visit her website at www.kerrygans.com.

Posted on December 11, 2016 by pageboundsuccess

Our newest member, Reyna Favis, holds a Ph.D. in biology and exerts her power as mistress of the dark arts of introversion through her blog, Introvert Broadcasting Network. Her previous publishing history
includes scholarly articles. When not writing, she responds to callouts as a canine handler for search and rescue. She lives in Warren County, New Jersey with her husband, a search dog and a coterie of pets.

Her supernatural thriller, Soul Search, is available on Amazon.

Posted on November 27, 2016 by pageboundsuccess

Congratulations to Kristina Garlick on the launch of her new book, Arcadia: The Wayward Hero. Available in paperback and Kindle on Amazon.

Imagine if a superhero fails to save a city and the villains win. With a city in ruins and no hope in sight, the United States Government has no choice but to surrender to the terrorists. Suddenly, the world becomes a darker, deadlier place for anyone who opposes Lord Boundary and his crew.

Arcadia Austin isn’t doing so well under the new regime but she has fared better than most ex-heroes. With the ability to blend in, Arcadia has the rare opportunity to start over, or in her case, drink her life away. However, given the chance to potentially beat the bad guys, will Arcadia choose to stay hidden or don her old superhero uniform?

We wish Kristina great success with her new book.

Posted on November 7, 2016 by pageboundsuccess

Please welcome to our group, Amy M. Reade, the author of three mystery novels: Secrets of Hallstead House, The Ghosts of Peppernell Manor, and House of Hanging Jade. She is currently working on Book Three of The Malice Novels, a

series set in the United Kingdom. The first book in the series, The House on Candlewick Lane, will be released in February 2017.

We should all support her upcoming launch.

Posted on October 31, 2016 by pageboundsuccess

We are privileged to have these two novelists join our ranks. Bill Powers is a former pharmaceutical executive, who brought his expertise to his first novel, The Pharm House. He then followed up with his sequel, The Torch is Passed.

Kristina Garlick has been writing and publishing since she was a teenager. Her books include Sinners & Saints: A Patriot’s Manifesto. Her new novel, coming out in November, is called, Arcadia: The Wayward Hero. Please welcome and support our new members.

Posted on October 24, 2016 by pageboundsuccess

uthor and historian Bob Mayers will be part of a full-day program, sponsored by the Friends of the Fishkill Supply Depot. Bob topic will be “Who Were The Common Soldiers of the Continental Army that served at Fishkill and Defended the Hudson River Valley?” The men who lived and died at Fishkill and participated in the turbulent wartime events along the vital waterway were the privates of the Continental Army and local farmers of the county militias who joined them at critical times. Bob examines their lives and their motivations in his new book, Searching for Yankee Doodle -Washington’s Soldiers in the American Revolution. This educational program will be at Hyatt House in Fishkill, Register by email wrmarsch@optimum.net.

Bob Mayers to Speak at Historical Society on October 20, 2016

Posted on October 10, 2016 by pageboundsuccess

Historian and author, Bob Mayers will speak at the fall meeting of the New Providence Historical Society on the October 20, 2016, 7PM at the DeCorso Center, located at 15 East Fourth Street, New Providence, NJ.

Over the years, vastly different opinions have been offered by historians concerning the true nature of the most essential element of the War for Independence–the common foot soldier. For most of America’s history, little was known about the identity o

f these men, why they fought and how the war affected their lives. Yet the men of the Continental Army were the people most responsible for achieving America’s independence.

Who exactly were they and what inspired them to endure appalling hardships during the most critical time in American history?

Posted on October 3, 2016 by pageboundsuccess

October 8th is “Indie Author Day” at Washington Township Library. J.R. Bale will be there on the 11:30 Author Panel and Book Signing. Many other authors will be also there, so stop by and fall in love with a book.

Phoenix in the Middle of the Road
amzn.to/1EdBi6G

Unlike many other books documenting the period, Mayers focuses less on the generals and more on the conditions and challenges faced by the Continentals soldiers and militiamen. Many believe this is ayers’s best book yet.

Searching for Yankee Doodle is available in hardcover on Amazon.